Coding can be really difficult to learn, but not if you use a coding platform that is no-code. With this platform, coders can explore and experiment with different code in a graphical way without having to write any lines of code at all. By using thi... 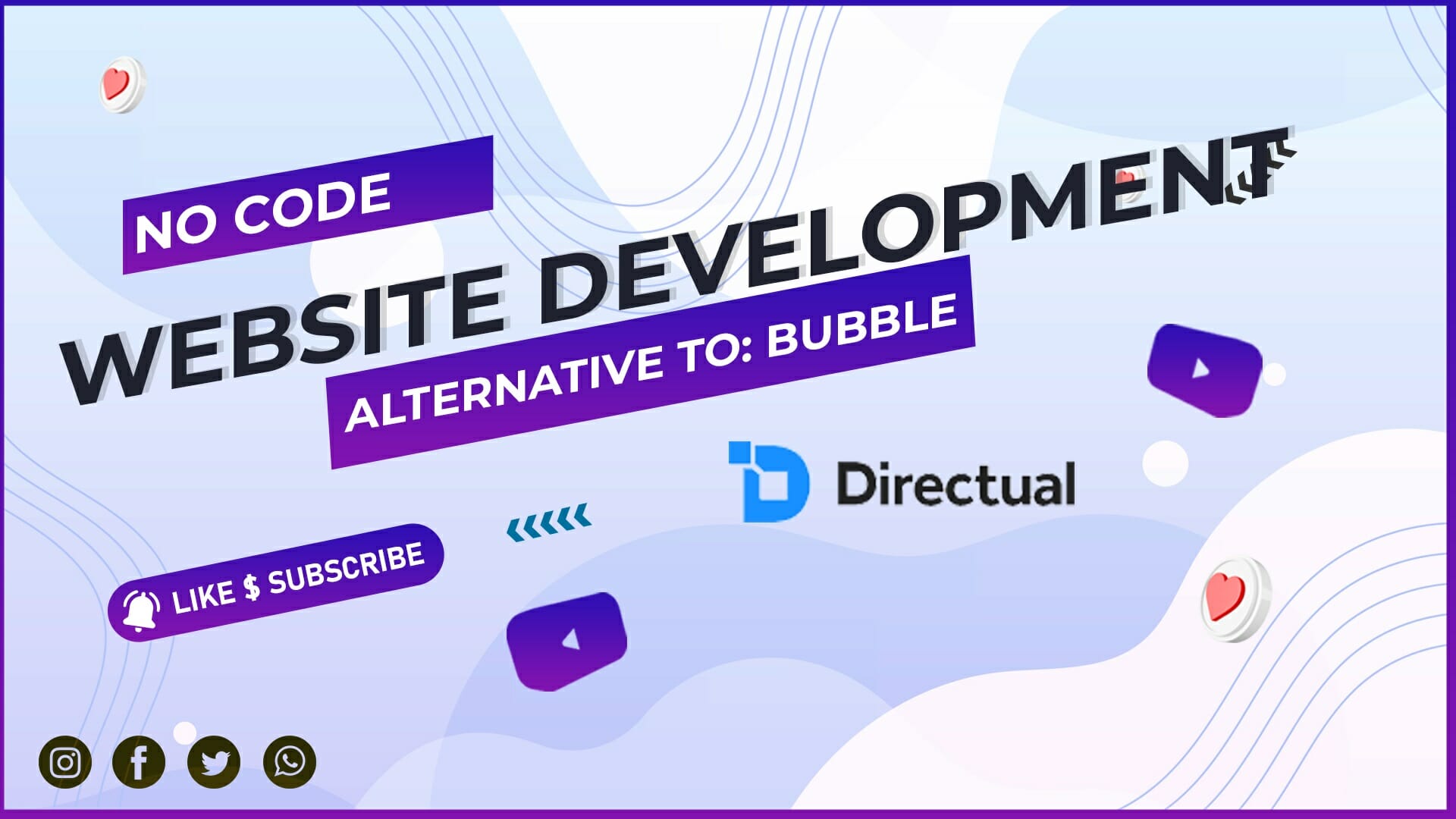 Coding can be really difficult to learn, but not if you use a coding platform that is no-code. With this platform, coders can explore and experiment with different code in a graphical way without having to write any lines of code at all. By using this visual interface for advanced coding, programmers can get on board with new technology without needing to know how to code or understand the underlying programming language.

It's easy to build your app without having to program these days, but most no-code platforms come with their own limitations. The limitations of these no-code platforms are often not immediately clear and can lead to confusion when you're trying to get started. These problems often stem from the limited functionality of the platform or a lack of clarity when it comes to naming conventions in the code. To make sure that you get off on the right foot with your coding endeavor, it's important that you know what you're getting into before diving in head first! 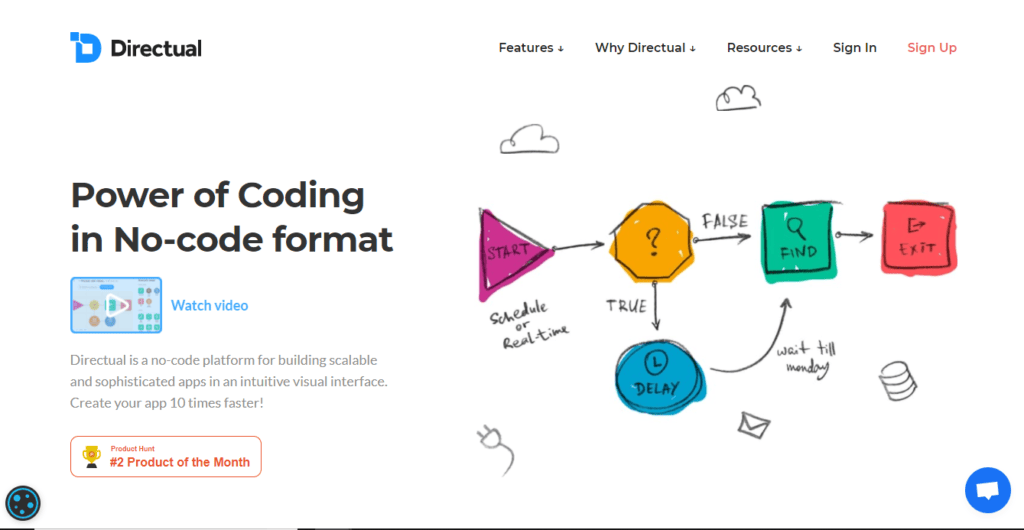 Coders can now leverage the benefits of traditional coding to develop their apps on a no-code platform. No-code platforms are a great way to get started and have proliferated in recent years, but not all of them offer the same benefits.

This is where Directual Comes to Aid.

It’s time to go beyond the minimal viable product without the need for traditional coding.

Go beyond the minimal viable product

Directual is a no-code application that allows developers to build their own smart apps for the Internet of Things using drag and drop actions. With Directual, coders can use an easy visual interface to get started coding complex applications without any knowledge of code at all! Because Directual utilizes the benefits of traditional programming languages instead of trying to reinvent them, coders can focus on the business logic and higher-order thinking rather than trying to learn a whole new way of writing code.

Manage your app and track stats from the main app dashboard

Directual is a place to manage your app. You can see all of the different levels of the app from one place, and you have access to the front end, back end, and API layers. The intuitive visual interface also gives developers the flexibility to launch fast, experiment early, and iterate often.

Directual works with Python's Flask, MongoDB, and Google Firebase (no need for any additional libraries or SDKs) so that you can get off on the right foot. No matter what type of app you want to develop, Directual will make sure that you have the tools to get it done.

They are committed to helping developers build awesome apps faster and easier than ever before: from prototypes to full featured applications. With a visual interface and intuitive drag-and-drop actions, coders can easily build their own professional grade apps on a no code platform using Python's Flask for the back end and MongoDB for data storage.

This platform’s intuitive tools allow you to configure your database quickly by setting up folders, data structures, objects’ fields, and groups of fields. Directual can also automatically generate the database performance report to let you know if your database is running slow.

NoSQL Directual Databases is powered by Amazon’s cloud infrastructure and is built to scale with your app. This database can handle millions of records with no issues, which means you won't have to worry about your data slowing down or crashing. To make sure that you get off on the right foot with your app, it's important that you know what you're getting into before diving in head first!

You can automate any back-end logic of your app by building and interconnecting scenarios to create clear, intuitive workflows.

With the Directual, you will be able to build these workflows in no time! You just choose the desired outcome (success or failure) and connect the dots. This ensures that you have an application that works time and time again. You won't have to worry about errors and security risks because everything is automated for you through Directual.

For coders, this means that they don't need to understand complex programming languages or how to write code because with Directual, they can focus on the business logic and higher-order thinking rather than trying to learn a whole new way of writing code.

Event-based scenarios every minute, every day, or every second

Directual is a platform that allows you to set up event-based scenarios to a schedule whether it’s every minute, every day, or every second of the month.

The benefits of event-based processing are that it reduces the load on an app and makes processes more predictable. Event-scheduling ensures tasks don't interrupt each other, which increases efficiency.

You can even link workflows together in different ways: either directly from one another where they share their corresponding data object-or creating some sort of event model within which users create or change an individual object that triggers off other events downstream.

You can create secure API endpoints to write and read data through web or mobile interfaces. Once the endpoint is created, it's simply a matter of connecting it with your user interface which you have several options for designing like building the front-end of an app that meets all your needs seamlessly.

The Directual WebPage Builder is perfect for creating apps like Admin portals and internal back end apps. If you're looking to create an frontend app that goes beyond the traditional website experience then we recommend going with a frontend application built specifically for web or mobile devices like UI Bakery, WebFlow or Wix and connect with it.

Not suitable for Complex APP's

At this point, it seems like the app could only be used to create simple applications (their case studies are just some basic CRUD apps). While you can use this app as an effective for RESTful API's, if your requirements involve updating large amounts of information at once (i.e., CRUD), there are limitations on what type(s) or level(s)of updates can happen.

From a product perspective, I think it has potential. Unfortunately the learning curve is high which means that you will need to invest time and energy into your daily routine in order for this program to work well.

Currently the app is available for a lifetime deal in Appsumo. Pricing starts from 59$. It has 4 Tiers upto 590$. Hameed Aslam is a website design and development expert, as well as an SEO and content strategist. He is the founder of DCreato and many other online ventures. Hameed's skills with web design, development, SEO, and content marketing have helped him achieve success in online business.

Subscribe to our Newsletter for latest developments in AI technology, ChatGPT, MidJourney and more.